6 Must Do Attractions In Ghana

6 Must Do Attractions In Ghana 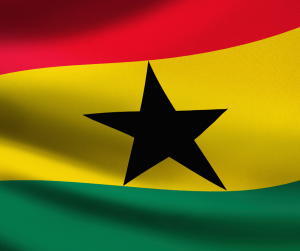 One of the brightest jewels in West Africa’s crown, Ghana is a country blessed with idyllic beaches, cosmopolitan cities, and remote nature reserves full of exotic wildlife. It is also a country steeped in rich history. In particular, the colonial trading forts that still exist along the Atlantic coast stand as a testament to the suffering caused by the transatlantic slave trade.

Knowing where to start your adventure in this exotic country can be difficult. But whether you’re exploring a historic castle, surfing world-class waves, heading out on a safari, or enjoying mouth-watering cuisine, the experiences you’ll have in Ghana will surely outdo a vacation to Disneyworld or Six Flags any day.

Learn about Ghana’s premier Pan-Africanist and independence pioneer at The Kwame Nkrumah Mausoleum and memorial park is located in downtown Accra, the capital of Ghana. It is dedicated to the prominent Ghanaian President Kwame Nkrumah. The memorial complex was dedicated in 1992 and is situated on the site of the former British colonial polo grounds in Accra. The mausoleum houses the bodies of Kwame Nkrumah and his wife Fathia Nkrumah. The building is meant to represent an upside-down sword, which in Akan culture is a symbol of peace. The mausoleum is clad from top to bottom with Italian marble, with a black star at its apex to symbolize unity. The mausoleum is surrounded by water, a symbol of life.

Discover a hidden part of Ghana’s history through this Pan-African icon in this special building celebrating his life and death.

Located just north of Cape Coast, Kakum National Park is a 233mile national park consisting of undisturbed coastal forest and is also home to an amazing rainforest canopy walkway.  This canopy walkway consists of six tree platforms that reach the height of 99 feet above the forest floor.

The Ashanti Region, “Land of the Golden Stool”, is the cultural heartbeat of Ghana and rich in history and tradition. 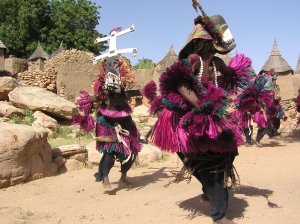 Cape Coast Castle is the largest of the buildings which contains the legacy of the trans-Atlantic slave trade and is a UNESCO World Heritage Site.

Like most ancient fortifications in Ghana, Cape Coast Castle played a significant role in the gold and slave trades. But also, two significant contributions were made here: the arrival of Christianity, and the establishment of the first formal education system through Castle Schools.

A guided tour of the Cape Coast Castle will acquaint you with its many interesting features including Dalzel Tower, the slave dungeons, and the cannons and mortars used in the Castle’s defense. The West African Historical Museum is located inside Cape Coast Castle and contains a growing collection of art and cultural objects, including ceremonial drums, old muskets, shackles from the slave trade and ancient pottery. 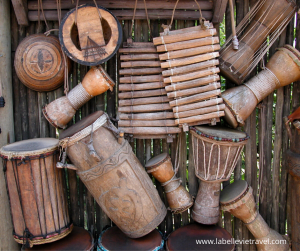 Try a plethora of West African dishes, as well as scrumptious Ghanaian specialties at this breezy restaurant in the heart of Osu.